Apple hooked up 100+ iPads and had them scroll through the top 20,000 apps downloaded since the beginning of the year. That’s about the top 3% of all apps. In years past they had a big board where downloaded apps fell from the top. I liked this one much better! Downloaded apps would twinkle for a second or two, at 100 downloads they would create a ripple. You could even press down on a spot and make the app icons jump. For some reason my video imported sideways:

Not only was the display cool but we found both powerOne Finance Lite and powerOne Scientific Lite in the list. Quite an honor! 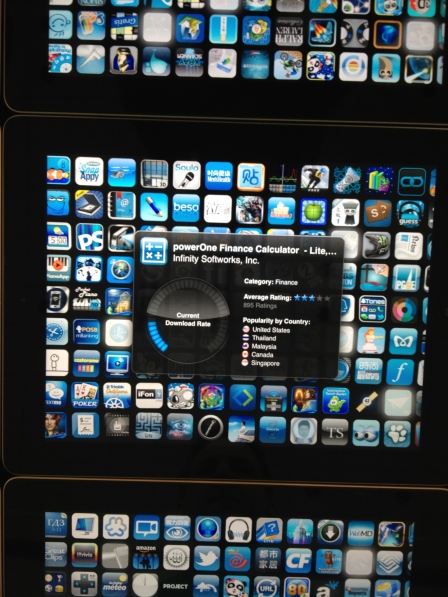