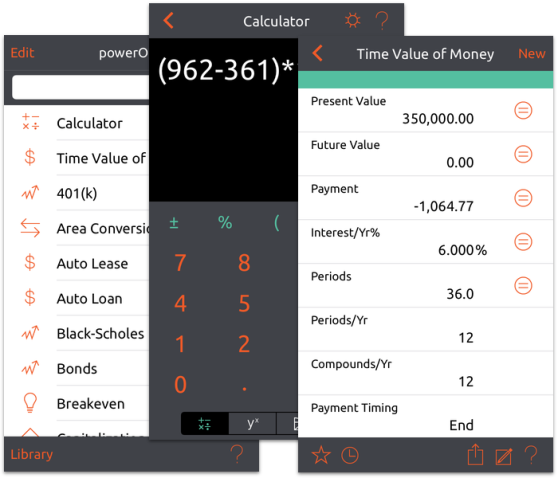 When Apple released iOS 7 it became pretty obvious that any “old style” apps were going to look out of place. While I always enjoyed powerOne’s design aesthetic, it was clear that the original style, with dimensional buttons and 3D look-and-feel, was not going to hold up for long. Furthermore, keeping the old aesthetic and supporting iOS 7 at the same time was nearly impossible.

A complete re-design was in order, and that’s exactly what we did.

powerOne is completely refreshed. We removed over 1000 images, completely redesigned the calculators, and improved everything else. Not to mention the wide array of bugs we tracked down and squashed. The update is free to anyone using our apps on iOS 7.

I’m sure a massive change like this is going to be divisive for my customers. Unlike us techno-geeks who like a steady stream of improvement and change, most people want the app to just keep working the way it always did.

Personally I like the new design. I think it is a massive improvement in multiple ways, including the fact that it simplifies the app and gives us tremendous flexibility to do some things we could have never done in the past. I hope our customers will enjoy it as well.